Department of Economics and Management 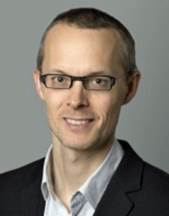 The IISM welcomes Benjamin Scheibehenne as a new professor for Consumer and User Behavior.
Benjamin has a background in experimental psychology and is interested in how people make judgement and decisions in an economic context. Towards this goal, he conducts behavioral experiments, develops and estimates cognitive mathematical models and engages in quantitative data analyses. Benjamin's work has appeared in the leading journals in Psychology, Marketing, and Cognitive Sciences, including the Journal of Consumer Research, Psychological Review, the Journal of Consumer Psychology, Journal of Experimental Psychology-General, and Psychological Science. Before he started at the KIT he was a full professor of Cognition and Consumer Behavior at the University of Geneva School of Economics and Management in Switzerland.

last change: 2020-03-04 KIT – The Research University in the Helmholtz Association